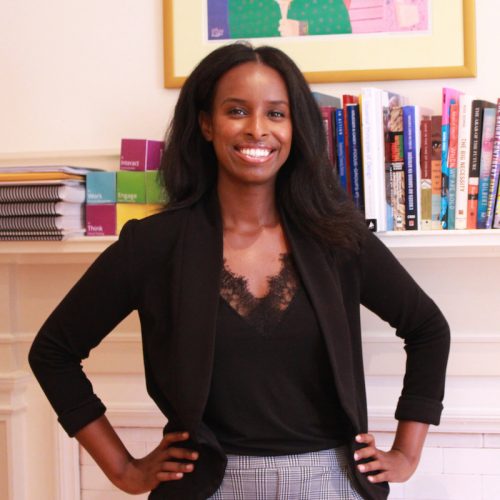 Sherifa Hadi has worked tirelessly with and for youth for the last decade. She has established strong community ties, and is passionate about accessible education, among other social justice issues. A graduate of the English Common Law program at the University of Ottawa and a long-term Ottawa, Canada resident, Sherifa joined the DOT Impactathon in Ottawa with a clear focus for her social innovation project: eliminating financial barriers to post-secondary education for first-generation students.

“I was excited to learn from other skilled entrepreneurs and social activists during the Impactathon, particularly those who have experience with fundraising, data organizing and design thinking. I am involved in the legal innovation and design community and would like to increase my understanding of these concepts by applying them to a different context that is just as meaningful.

In 2007, Sherifa founded a program called CrossOver, a series of workshops that equips first-generation students with the academic and social support systems required to succeed in a post-secondary environment and access professional programs such as law and medicine. The concept for the program was conceived after she noticed that there were serious barriers to entry for first-generation students interested in accessing professional programs.

“In ten years I hope that low-income students are able to attend law school without any financial barriers. In this ideal world, I envision that educational institutions in addition to the provincial government will have taken the steps necessary to address this issue head-on.

During the DOT Impactathon, Sherifa was able to take further steps with her initiative and establish a program focused on decreasing and breaking down the financial barriers to legal education in Ontario. Sherifa was supported in prototyping and testing her idea, and she created an impact business model canvas.

Sherifa’s goal for CrossOver is to diversify what are considered “elite professions” like law and medicine and to act as a bridge for students interested in pursuing this path.

Sherifa is one of seven young women in Ottawa, Canada who were selected to attend DOT’s youth innovation summit in Nairobi, Kenya.

Do you have the characteristics
of a social entrepreneur?
Join #DOTYouth to build your social
innovation skill-set.

Preparing youth for the future of work with digital skills

Bringing Youth Perspectives to the Forefront - and taking action - together.

A Glimpse into DOT’s Speaking Out Reaching Out, Country and Thematic Findings and African Youth’s Recommendations for Building Back Better