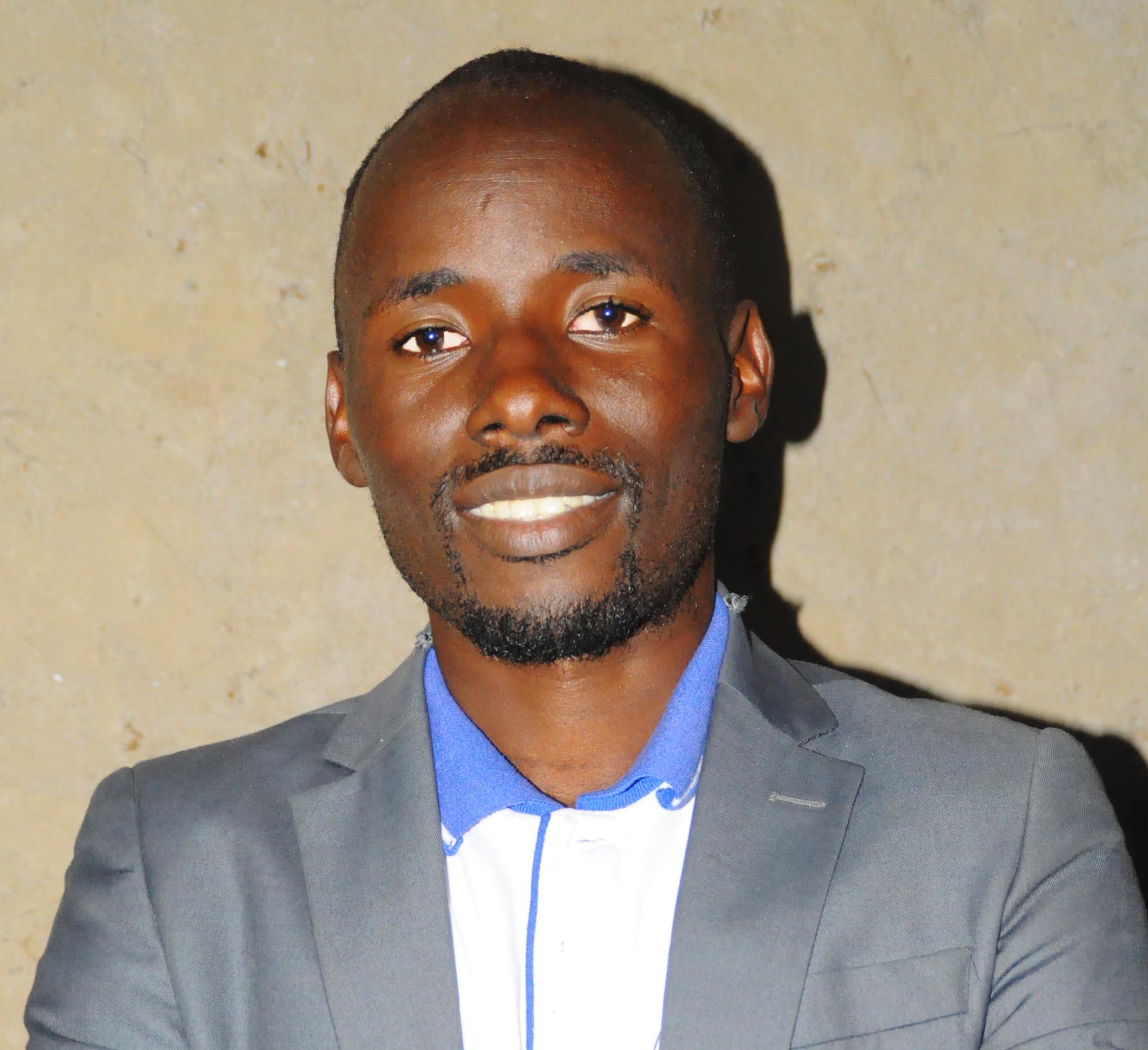 A long-time #DOTYouth, Olivier Nkunzurwanda is a young social entrepreneur leading tremendous change in the Rwamwanja Refugee Settlement in Uganda. He is the founder of the Refugee Innovation Centre and has been delivering digital skills and entrepreneurship training to his peers since 2016.

Olivier grew up in Goma, a city on the border of the Democratic Republic of Congo and Rwanda. Obtaining his bachelor’s degree in law from a Rwandan university in 2014, Olivier simultaneously participated in DOT’s digital skills and entrepreneurship training. But trouble came after graduation when he returned home to the DRC.

Fearing for his life because of deep-rooted conflict in the region, Olivier fled to Uganda and found himself in the Rwamwanja Refugee Settlement. More than 75,000 refugees live in the camp, the majority of whom are escaping persecution in the DRC.

Olivier’s first year in Rwamwanja was spent adjusting to his new community, learning English, and observing how other refugees passed their days. “I discovered that most refugees get jobs in their host community but most of us are paid very little money—and yet we have the skills and capacity to start our own companies,” notes Olivier.

In this regard, Olivier had a unique edge: he was the only person in the entire settlement who owned a laptop. After a brief foray into selling music and video files, Olivier thought back to his experiences with DOT Rwanda and the lessons around social entrepreneurship.

“I needed to create an impact in my community, not only looking for money but also creating something that the community could benefit from,” says Olivier of his revelation. “From there, I was like ‘I only have one computer, but what if I bring five guys to sit behind me and whatever I am doing I also let them try?’”

The premise for the Refugee Innovation Centre was born. According to Olivier, many youth were reluctant to use a computer. The ‘you break it, you buy it’ fear was a deterrent, as was the fact that Rwamwanja’s youth centre had 10 computers but no trainer to help people get started.

Soon, Olivier and three other youth were training their fellow refugees on basic digital skills. The Refugee Innovation Centre’s suite of training has since expanded to include entrepreneurship, financial literacy, menstrual health awareness, and filmmaking—one of Olivier’s personal passions. The team will also soon be starting door-to-door sensitization around family planning. 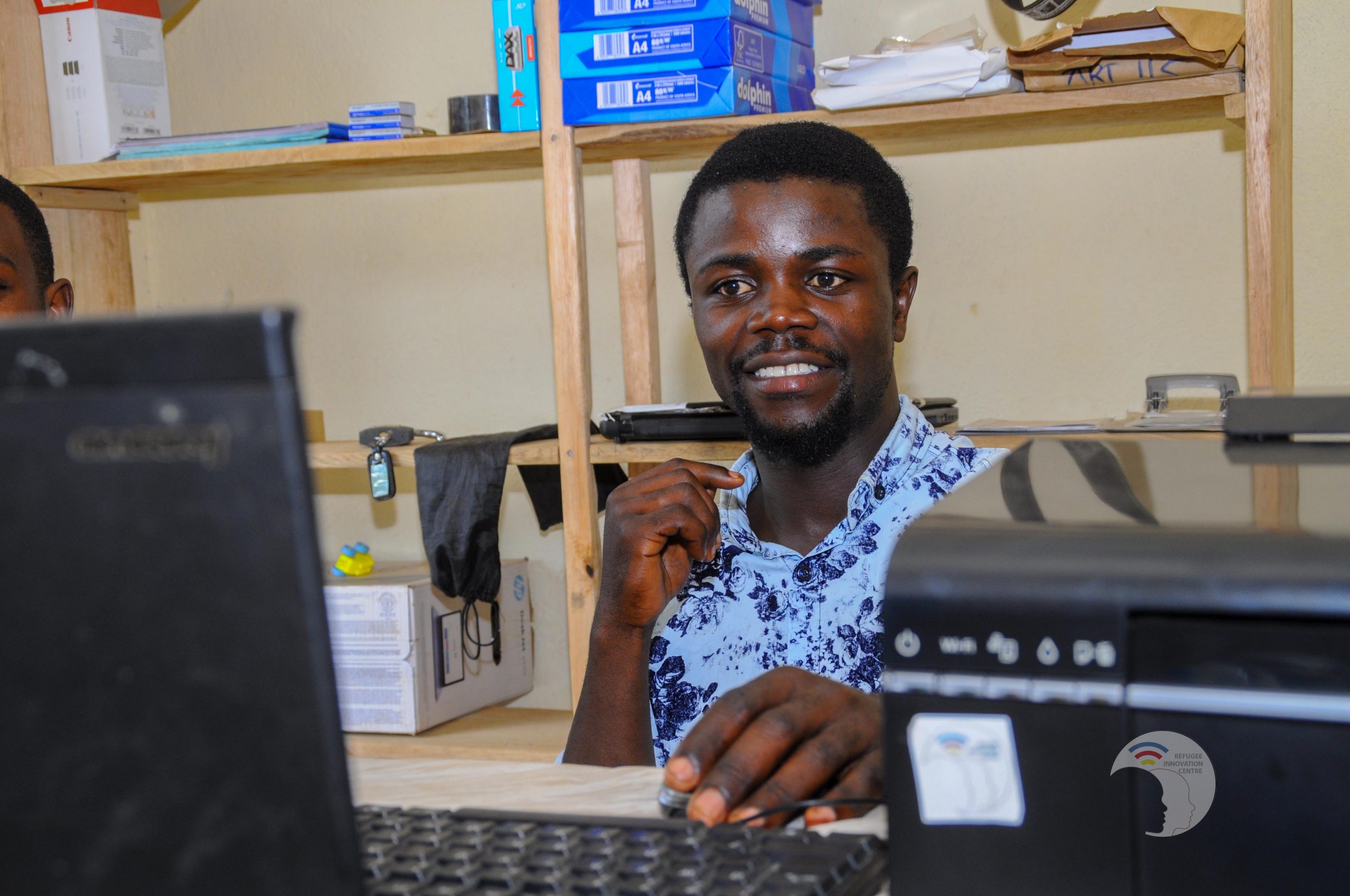 “We do these activities because we understand the community—97% of the camp are Congolese. We are telling what we see, what we know, what we are surviving, or what we have survived,” says Olivier.

“Being a refugee is not a barrier and does not change your humanity and role in responding to global challenges. We can do things as others do: we can be business people, social entrepreneurs, pilots, drivers, lawyers, and contribute to making a change in the world.”

Olivier and the Refugee Innovation Centre have been connected to DOT in one way or the other since the social enterprise started in 2016.

““Digital Opportunity Trust helps us build the mindset to see the opportunities around us, and know the capacity, skills, and resources to take on these opportunities,” says Olivier. “The skills from DOT can also help create a big number of diverse entrepreneurs within the settlement to engage the community in creating impact while also earning money to feed their families.”

Most recently, Olivier was part of the #DOTYouth Street Team and mobilized volunteers to reach thousands of community members with educational messaging about COVID-19 and proper hygiene practices.

Like all members of the Street Team initiative, Olivier was paired with a coach. He credits her with helping him develop creative solutions to challenges he faced, keep track of his meetings, and better manage future partnerships for the Refugee Innovation Centre.

The seed grant that came with the #DOTYouth Street Team was also a huge boost. A third of his annual operating budget, Olivier used the funds to purchase three computers which have enabled the Refugee Innovation Centre to reach even more youth.

When it comes to his motivation for community engagement, Olivier says the reasons are three-fold. First, he has always wanted to find a way to support women, after witnessing the financial and gender-related struggles his mother faced in raising him alone. Second, is DOT, and an appreciation for an organization that listens and mentors rather than prescribes a solution.

Finally, Olivier is driven by the people he has met in Rwamwanja. “I cannot let my community down,” he says. “Even now they are resettling refugees overseas, but I do not want resettlement. I want to be here with the community to support them.”

Are you a daring innovator?

Daring to Shift: Placing Young Women at the Centre of Inclusive Growth